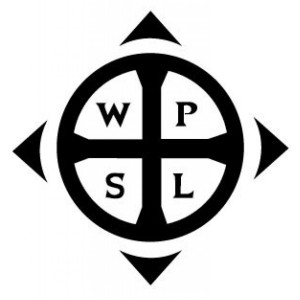 There have been many unanswered prayers in my life, as I’m sure there have been in everyone’s. I would always brush them off as God having a different plan until I experienced some major traumas. Within the span of 11 months, I had two miscarriages, one significant car accident and a breast cancer diagnosis. I was 37 years old.

I had been wanting a second child for years. My husband was finally on board and we got pregnant very easily. My first ultrasound at 8 weeks looked great. At 11 weeks, I started to bleed. I vividly remember sobbing in the shower, collapsed on the floor, asking God to save this child. He did not.

After a traumatic miscarriage, I was pregnant again within only a few months. Then at 10 weeks it happened again. I sobbed and pleaded again, and I lost that child too.

Three months after the car accident, when I was just coming out of the shadow of the pain that it caused, I found a large lump in my breast. I knew immediately what it meant. There was no question in my mind. Once I had the confirming ultrasound and biopsy, we were devastated. What did this mean for our family? What would treatment look like? Had it metastasized already? As much as I knew my diagnosis before ever seeing a doctor, I knew in my soul I would not die. God was already with me, walking beside me. At the same time, I never once asked Him to take it away from me. I never begged and pleaded to be miraculously healed. I had been too scarred from my miscarriage experiences. I don’t believe that God wants me to take that approach, but I couldn’t bear the disappointment and hurt of another unanswered prayer.

Throughout my treatment, which brought me to the very edge of death, I still could not manage to ask Him to take away the pain. I asked Him to be there, and I asked Him for help to survive it. I knew Jesus felt and understood my pain and suffering like no one else. I knew He knew the depths of my despair. Despite knowing these things, I still could not bring myself to ask for it to be taken away.

I am now two years post-double mastectomy. I still struggle with asking God for things or for intervention. I have zero problem doing so for others, but I just can’t do it for myself. When the next trauma comes, I don’t know if I’ll be able to react any differently. In some ways I believe that is wrong. However, it does allows me to lean in to His love and promise to never leave me.

Realm offers a way for our church family to know what’s going on, and grow as a connected, engaged community of believers.